on October 13, 2008
with a long mustache and unkempt hair, he walks around the house with heavy steps. the wooden varnished chair is where he goes to rest after a tired day of sitting in a smoke-filled room with his friends. he loves to play cards which keeps him busy all the days of his life.
it wasn’t his fault he was irresponsible. it wasn’t his fault he has shortcomings as our father. endless stories surrounds him, each different from the rest. in the cool stormy evening, his face appears as a lightning that drifts casually through the horizon.
a small time farmer and business man in a remote town,my father had his strengths which until now amazes me, though at times,he couldn’t maintain a straight and narrow road to follow. the eldest of eight siblings, married to a former midwife and father to three wonderful women (that includes me! wink..wink..) and one spoiled guy.
He wasn’t lazy or callous as our neighbors would see it, he was just a dreamer. He love the tube and definitely couldn’t live without it. he could stay for hours in front if the TV watching Discovery channel, CNN or the local news. he has a love for issues no matter how complex and complicated they are.
he has his own political views which has inspired his three daughters to follow suit. he used to be an active member of a left-leaning political group during the Martial Law era. by the time he had us,he then imparted through our daily activities his love for democracy. i grew up with the notion that saying “manong/manang or kuya/ate” was “pyudal/feudal” and that it should not be practiced which we all understood. he didn’t force us to understand what he believes in. what is good with him is that he always allows us to do whatever pleases us as long as we know how to cope with the consequences later on.
Dad firmly believes that in exposing children to the harsh and bitter realities of life make them cope more and learn to face life. The first to go on a trip to Manila Zoo (that was the only zoo we had before) with him was our eldest sister. My father knows that making us see and feel what we see on papers and on the tube is very important. he knows it is a part of teaching his kids.
dad is a man of many words. not that he’s not wise, he is. a day wouldn’t pass without us hearing any of his favorite quotes in life. during breakfast, I would always hear him say “eat like a king and at night, eat like a pauper…” or “the flesh nearest to the bone is the best”. at times, he would please my brother by saying “my son, my handsomest son, nobody can deny..” yeah right, who could deny that, he’s their only son.
His love for reading has made him broaden his horizons. He has a high tolerance for frustration and easily accepts failures which we couldn’t.
A greasy-bum who grew up with trucks, tractors and machines of all sorts. A good and efficient driver but thought that teaching his kids to drive would make them leave and go places without asking permission from them.
He’s now in his late 50’s, still as healthy as our granddad. Daddy will still live to see his apo’s grow old with him..
Love you daddy. I hope i could come up with a better essay next time, for now (as if you’ll get to read this,hehe) let’s work on this. ♥
popping thoughts 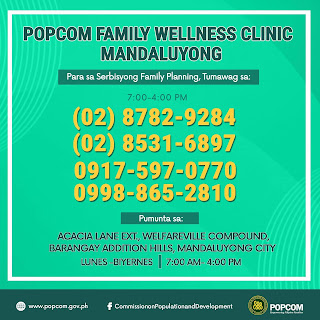